Teams are the groups of users who interact with your backlogs and can be managed through the Users & Teams pane of the Organize Panel.

Teams can be thought of as containers for users or other teams and can be used in almost everywhere the user field value can be set. 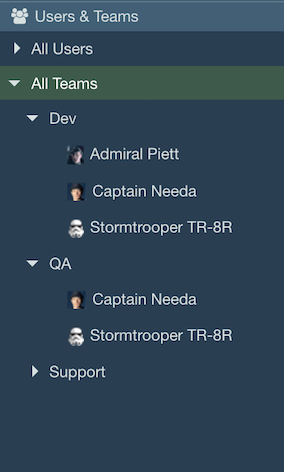 Teams can be assigned to items instead of an individual user when an item is part of a collaborative effort. Items can be then filtered by teams for users to see only what is assigned to their teams. Teams can also be used in the recipients list of notifications, where all users of the team will be notified upon a change on an item.

Creating teams of users is easy and just like users, they can be edited or deleted as needed.

To add a new team, select the and there will be an option for Full Add Team under Add. 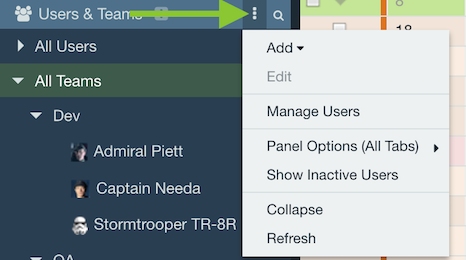 If “All Teams” or another team is selected, the button will default to creating a new team or subteam for the current selection. 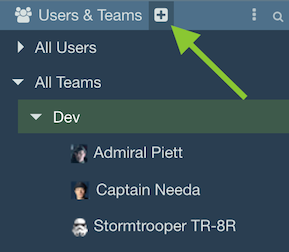 A dialog will then prompt for the team's general settings including team name and users list. 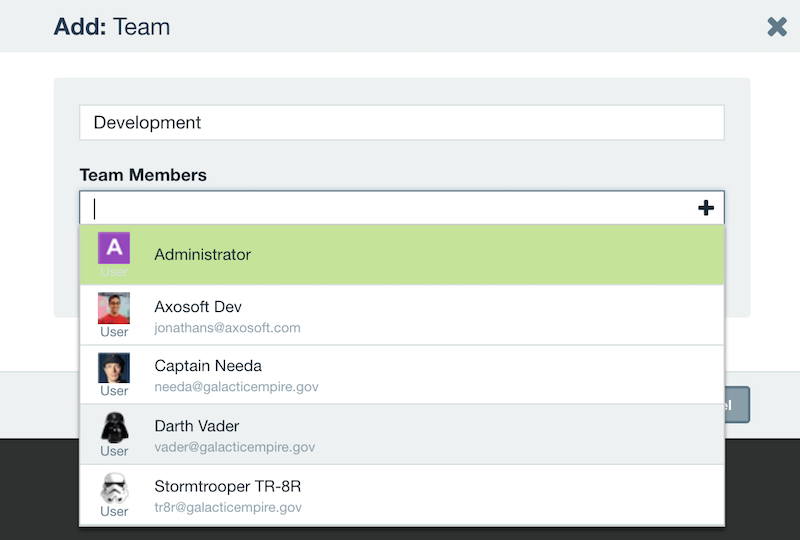 Users can be a part of zero, one, or more teams. They can be added when the team is created or later through the Organize Panel.

Simply right click the team to Edit or select Add Team Members then search for a user in the field to add the user to the team. 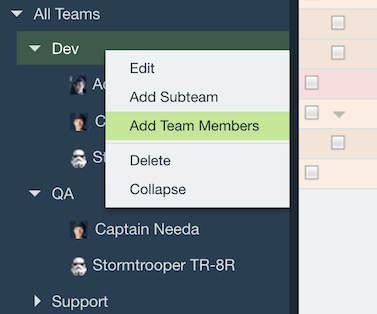 You can also drag and drop a user from All Users to a team present under All Teams. 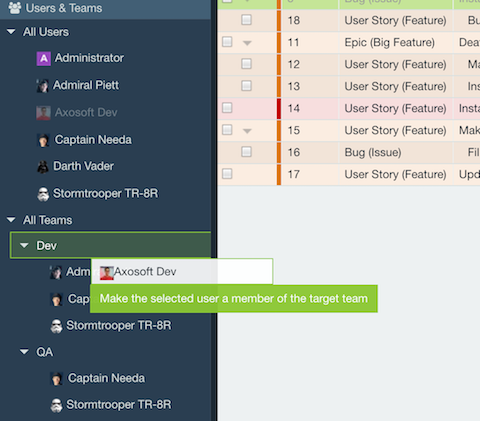 Teams can be made up of other teams to help distinguish users of teams. To add a subteam, right click the team in Users & Teams of the Organize Panel and select Add Subteam.

Teams can be deleted directly from the Users & Teams section of the Organize Panel. Right-click the team and select Delete. 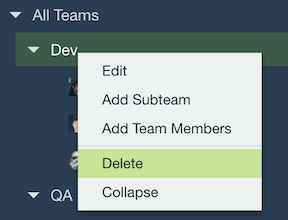 A prompt will then ask for confirmation for the delete.

Note: If a team is deleted, any items that were assigned to this team will then be cleared, any users that were a part of the team will no longer be in the team, and any subteams will be removed.