The Allowed Next Steps tab lets you specify which steps an item in the current step can be moved into as well as which security roles are allowed to move the an item to these next steps. 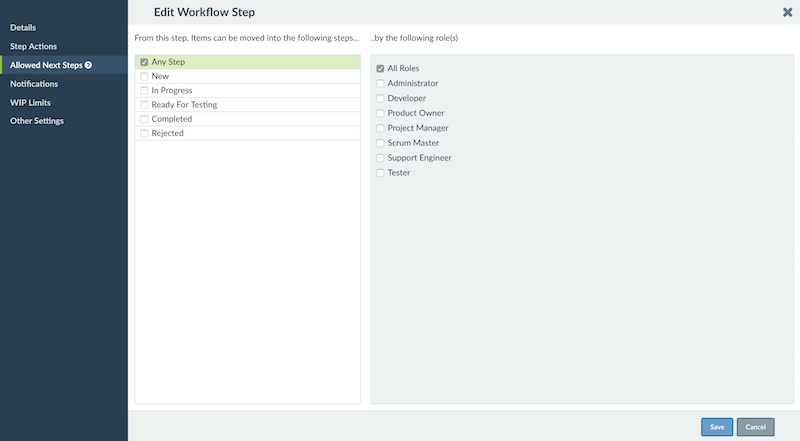 Notice that the list of security roles' checkboxes change as you select a step on the left. That is because you can specify the security roles by step name. For example in the image below, from this Ready for Testing step, items can be moved into the Defect Fixed step only by the Tester security role.

If you have the Administrator security role, you will have the ability to override any Allowed Next Steps that would normally prevent a user from making a specific workflow step change. The admin override is not available when dragging and dropping an item in card view, and is only accessible from a workflow dropdown menu.